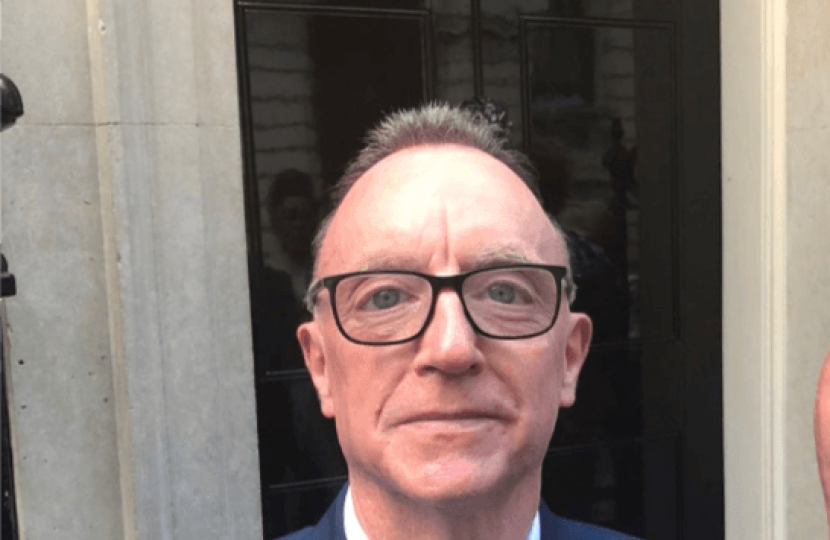 Councillor for Blacko and Higherford, Noel McEvoy, recently joined other NHS workers at a reception hosted by the Prime Minister in 10 Downing Street. The reception marked the 70th birthday of the NHS and also recognised some of the unsung heroes who’ve worked in the NHS for over 40 years.

Noel has worked in the NHS for 41 years is currently a Senior Nurse at Airedale General Hospital where he has been since 1988. Beforehand, Noel served his time at Burnley General and Calderstones Hospitals. During the reception Noel was presented with his 40 year service pin by then Secretary of State for Health, The Rt Hon Jeremy Hunt MP.

Commenting after the reception Cllr McEvoy said, “It was a huge privilege to be invited and represent the thousands of people who work tirelessly in the NHS. It was great to get the chance to meet and talk to the Prime Minister and the presentation from the Secretary of State was a nice surprise.”

Andrew Stephenson MP, who nominated Noel for the reception and accompanied Noel on the day said, “Noel is a great example of the wonderful people who work day in and day out within our NHS. His dedication over 40 years’ service to the NHS deserves recognition.  I was proud to accompany Noel to No.10 and meet so many others who have given their whole working lives to our NHS.”