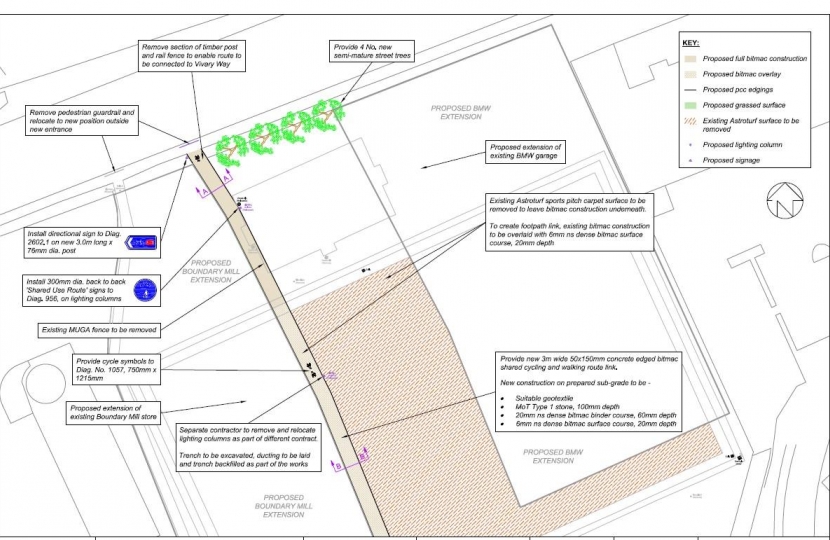 Work has now started on the removal of the Multi Use Games Area (MUGA) and the former Astro Turf from Vivary Way. This, unfortunately, is being turned into a car park for both Lloyds BMW and Boundary Mill, following the decisions taken by the previous Labour and Lib Dem adminisitration.

Thankfully, Cllr Joe Cooney, along with Cllr Nathan McCollum, Cllr Victoria Fletcher, the Friends of Alkincoats and the Philip Wright Bowling Academy,  a location in Alkincoats Park has been found for the MUGA to go. The MUGA will be moved to its new location within the next couple of months, once planning permission has been granted and other arrangements have been made.

Colne Councillor Joe Cooney commented, "I've had a few people contact me about the footpath around the former astro turf site, the lighting columns have temporarily been removed but, will be replaced as part of the works."

The Prime Minister's statement on the death of His Royal Highness The Prince Philip, Duke of Edinburgh