MP for Pendle
Andrew Stephenson lives in Colne and has advice centres in Barnoldswick and Nelson. First elected in 2010, Andrew was re-elected in the 2015 and 2017 General Elections, with a higher number of votes and share of the vote each time.

Andrew served as a Vice Chairman of the Conservative Party between 2010-2013 and has acted as Parliamentary Private Secretary (PPS) to four Government Ministers. He currently serves as an Assistant Government Whip. In the EU Referendum in 2016, Andrew voted Leave, along with 63% of Pendle residents.

A regular participant in House of Commons debates, Andrew has achieved some notable successes. Following the murder of his constituent, Jane Clough, in 2010 by her partner who was out on bail, Andrew proposed a Private Members Bill to create a right of appeal against Crown Court bail decisions. Working with Jane’s parents, John and Penny Clough MBE, Andrew was successful in getting the law changed and this additional safeguard was introduced in 2012.

As a former small businessman, Andrew has put jobs and employment at the top of his agenda. Andrew holds an annual Job Fair at Colne Muni and campaigned for a National Living Wage, which was introduced in 2016. He has long championed the regeneration of Brierfield Mills, securing millions of pounds from the Government to bring the site into public ownership and enable its £32 million transformation into ‘Northlight’.

As a former Vice Chairman of the All Party Aerospace Group, Andrew has been a vocal champion of the Aerospace Sector and major local employers, like Rolls-Royce in Barnoldswick, which announced a £50 million investment in Pendle during 2016. In 2017, Andrew secured a further £4 million of Government funding to expand the Lomeshaye Industrial Estate, the largest employment site in Pendle, creating an additional 1,100 full-time jobs.

Andrew volunteers as a First Responder with the North West Ambulance Service and works hard to support our NHS. He has consistently argued for Burnley Hospital’s A&E, which was closed by Labour in 2007, to be re-opened and helped secure a new £9 million Urgent Care Centre at the Hospital, which opened in 2014. Following this Andrew secured a further £15.6 million for the Phase 8 development of Burnley General which got underway in 2017. Andrew’s campaigning on Health issues has also seen a new £4 million Health Centre in Colne and a new £6.3 million A&E at Airedale Hospital, both of which opened in 2014.

Education and skills are also very close to Andrew’s heart and he has served as a School Governor at Whitefield Infant School in Nelson since 2009. Thanks to the Conservatives, the outstanding Nelson & Colne College has seen several million pounds invested in its facilities, whilst West Craven High has undergone a £6.2million facelift and, in addition, four new primary school buildings have been constructed.

Working with the Police to tackle local issues 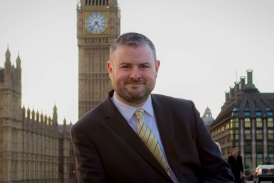